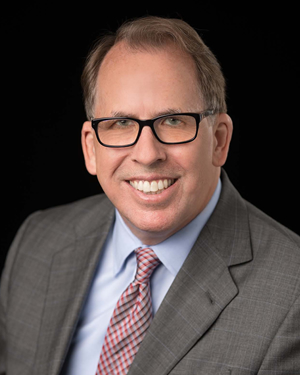 Dick Clark was CEO of The Portland Clinic from 2015 until he retired earlier this year, freeing up time to him to return to serve on the Mary’s Woods Board of Directors for his second term. Prior to joining The Portland Clinic, Dick was asked to serve as Development Director of Providence Cancer Center and then Director of the Providence Together Capital Campaign, which exceeded its fund raising goal of $74 million. In 2008 he was elevated to Executive Director of Providence St. Vincent Medical Foundation, Providence’s largest foundation in its system with $185 million in assets.

In 1988, he became the Director of Public Relations for the Portland Rose Festival Association, promoted to Assistant Executive Director in 1989, and Executive Director in 1994. Before joining the Rose Festival, Clark oversaw editorial operations for several local news outlets, including the Polk County Itemizer¬Observer, Woodburn Independent and Valley and Tigard Times
Clark is passionate about serving the local community and the medical industry as a whole. As a member of the Oregon Society of Association Management, he served as a Board Member for 6 years and the Board President in 2000. He was honored as Oregon CEO of the Year for OSAM in 2000.

Dick has been an active member of the Portland Rotary Club since 1996, served as its President in 2007-2008 and was named the Club’s Rotarian of the year in 2010 and 2014. He served for two years as Chair of the Oregon Ethics in Business program sponsored by the Rotary Club of Portland.

A native resident of Portland, Dick and his wife, Liz, have been married 34 years and have two children – Scott and his wife, June, who live in San Francisco and Kate who lives in New York City. A graduate of Central Catholic High School and Oregon State University, Dick’s hobbies include golfing, traveling to visit their children, running 5 and 8K community runs, collecting US postage stamps, reading non-fiction biographies, writing short stories, and exploring Portland’s great restaurants. Throughout the years, he has been a very active volunteer with community, church, and professional associations and particularly likes to devote his volunteer time to those most in need.