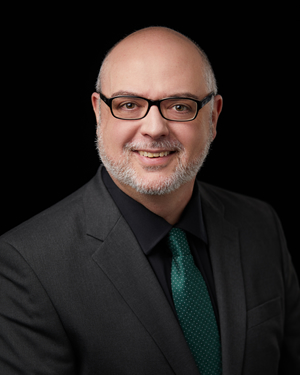 Andy King has been with Mary’s Woods since February 2016 and in that short time established himself and his team as an integral part of the Mary’s Woods community supporting IT needs of both employees and residents alike. He started off as an IT Specialist, promoted to IT Systems Administrator, then IT Manager and now Director of Information Technology. Not bad for a four year tenure!

Prior to Mary’s Woods, Andy worked as IT Manager for Bioreference Laboratories in Campbell, CA where he deftly lead a small team through an acquisition, multiple server migrations, a phone system overhaul, improvements to security systems, lab equipment updates and reverse engineering numerous undocumented processes and tools abandoned by his predecessor.

The bulk of Andy’s career was spent as a network engineer for a small managed services provider in San Jose, CA which afforded him insights into a wide swath of businesses and exposure to all kinds of technology problems – and solutions – which he is now leveraging with Mary’s Woods.

Andy grew up in the Bay Area and travels back to California a few times a year to visit family and friends.